How Iboga Is Treating Opioid Addiction…& the U.S. Doesn’t Care 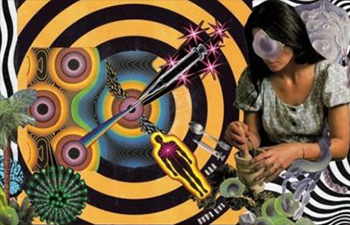 Treatment of Opioid Addiction with Iboga (The U.S. Doesn’t Care)

The President’s Commission on Combating Drug Addiction and the Opioid Crisis recently called for a state of emergency in dealing with a serious issue – Opioid Epidemic. It now kills over 100 Americans daily. Addiction to opioid painkillers has been fueling the dramatic rise in heroin abuse and overdose in the United States. People who abuse or who are dependent on prescription painkillers were found to be 40 times more likely to abuse heroin.

Heroin is a low-cost alternative for people addicted to opioid pain medications. To make matters worse, dealers are cutting fentanyl – a cheap, synthetic opioid that can be a hundred times stronger than morphine – into everything from cocaine to MDMA, to heroin. In Vancouver, heroin is believed to have been all but replaced with fentanyl.

Unfortunately, measures to address addiction treatment are woefully inadequate. Even when an overdose doesn’t kill, heroin addiction often leaves the user with an abysmal quality of life.

Furthermore, methadone is an opioid agonist and binds to opioid receptors as heroin does. To make matters worse, anticipated and drastic cuts to Medicaid funding will significantly reduce access to any medication-assisted treatments.

Use of Iboga and Ibogaine as Addiction Treatment Therapies

Ibogaine was first synthesized in 1901. It was first used in France to treat depression. But it was only in 1963 when a heroin addict named Howard Lotsof in New York took ibogaine along with six other heroin addicts, for what they thought would be a recreational drug experiment. The next day, six out of the seven participants, including Howard, discovered that when the hallucinations stopped, their cravings for heroin had vanished. What’s more, they had not experienced any withdrawal symptoms either. Iboga started to grow in popularity in the Western world when it was discovered that ibogaine, one of the primary active alkaloids in the iboga plant, was extremely effective in treating drug addiction.

Lots of went on to advocate for ibogaine as an addiction treatment for the rest of his life, encountering lots of skepticism. Since then, iboga and ibogaine have been shown in observational research to interrupt several types of substances and behavioral addictions.

Opioid Addiction Treatment – How Do Iboga and Ibogaine Work?

In a study from the early 1990s, Stanley Glick, a neuroscientist in the U.S., found that rats addicted to cocaine significantly reduced their drug intake after consuming ibogaine.

A study in Brazil showed a 62% rate of long-term abstinence for 75 individuals with a variety of important factors including pre-treatment abstinence of a period of 30 – 60 days with therapeutic support, proper medical supervision, access to an extended stay aftercare treatment space, and additional ibogaine treatments for some patients. It was published in November 2014, in the Journal of Psychopharmacology.

Iboga or Ibogaine – Which is the better Addiction Treatment Option?

Multiple studies are revealing: Even in cases when the treatment with ibogaine doesn’t aid complete abstinence, it usually works to reduce substance abuse and improve the patient’s quality of life in several ways.

However, it is still unknown exactly what causes the cessation of cravings. All we can observe is that iboga and ibogaine work to interrupt addiction by resetting the receptor sites in the brain and facilitating deep introspection and insight regarding the roots of addiction and destructive patterns. The addict is given the neurological freedom to break out of old patterns and learn new ones. Holistic healing naturally promotes an intense sense of well-being. From a traditional standpoint, the iboga plant spirit is said to impart spiritual teachings and promote love for the gift of life.

Nevertheless, you must know that Iboga and ibogaine are not a “magic bullet” for addiction treatment. For the best results, these medicines require wholehearted preparation and integration support. Proficient providers will provide support in these areas. The medicine often provides clear instructions for life changes; it may also be required to leave toxic environments and learn new life skills.

Why is Iboga Illegal in the U.S.?

The thing is that iboga and ibogaine are illegal in the U.S., Belgium, France, Switzerland, Sweden, and Denmark. In the other parts of the world, it is legal or unregulated. In countries where it is legal, ibogaine treatments typically take place in private clinics, staffed by medical personnel administering ibogaine hydrochloride while monitoring the patient’s heart rate and other vital signs, and iboga treatments take place in private retreat centers, with traditional providers offering the total alkaloid extract along with medical support. For U.S. addicts to receive ibogaine treatment, they must have the resources to receive treatment at a private clinic.

The U.S. pharmaceutical industry has not shown much interest in supporting the research trials for iboga and ibogaine has been suggested that this is because iboga cannot be patented. Long-term drug replacement therapies such as methadone and suboxone are more profitable.